Can I Go to Jail for Debt in Kenya? 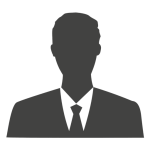 Not being able to meet payment obligations can make anyone feel anxious and worried, but in most cases, you won’t have to worry about serving jail time if you are unable to pay off your debts.

You cannot be arrested or go to jail simply for being past-due on credit card debt, mobile loans or student loan debt, for instance. If you’ve failed to pay taxes or child support, however, you may have reason to be concerned.

What Kinds of Debt Can You Go to Jail For?

There are a couple of instances where it may be possible to serve time as a result of not paying your debts, such as if you’ve failed to pay your government taxes or make child support payments.

Deliberately not paying or underpaying government taxes can lead to a prison sentence, but only if you’ve been charged with and convicted of a tax-related crime such as filing a fraudulent tax return or not filing a tax return at all. If you do file a return but aren’t able to pay your taxes, the government won’t throw you in prison.

Failure to pay child support also can put you behind bars. Under government law, you could be sentenced to as much as six months or two years in prison for dodging child support payments, depending on the circumstances.

Can You Go to Jail for Not Paying Student Loan Debt?

You can’t be arrested or sentenced to time behind bars for not paying student loan debt because student loans are considered “civil” debts. This type of debt includes credit card debt and medical bills, and can’t result in an arrest or jail sentence.

Can a Debt Collector Sue Me?

A debt collector can file a lawsuit against you in order to collect money that you owe. A collector takes this legal action in hopes of getting a judge to issue an order requiring you to pay the debt. If you’re notified that you’re supposed to appear in court to face the judgment but you ignore the order, a judge could demand that you be arrested for contempt of court.

So, not obeying a court order regarding unpaid debt could put you in handcuffs, but the debt itself can’t lead to an arrest.

Loan Fees to Look Out For Before Taking One